This week featured album on snott is a total masterpiece from one of the greatest guitar players of all time. What? you don’t know who Steve Vai is? amazing…….well dont worry, download know and you will never regret it.

Vai is widely recognized as a highly technically advanced rock guitarist and has been described as a virtuoso in the world of guitar music. His 1990 album Passion and Warfare and the ballad For the Love of God in particular received a significant amount of press and are often cited by critics and fans alike as amongst his best work to date.

Vai’s playing style has been characterized as quirky and angular, owing to his technical ability with the instrument and deep knowledge of music theory. His playing can also be described as lyrical, as if sung by a human voice. That is why his melodies are hard to duplicate as they are not strict tempo. He often uses exotic guitars; he plays both double and triple neck guitars (including a custom-made heart-shaped triple-neck model built by luthier Joe Despagni), and is regarded as the first to use the 7-string guitar in a rock context.

If you want to hear something before you download, check this amazing performance of “For the love of god”
on Steve official youtube channel 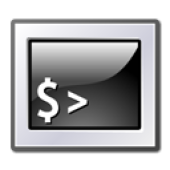